Last month, the Technion – Israel Institute of Technology synthetic biology team took off for the International Genetic Engineering Machine (iGEM) competition, held in Paris. The students in the group engineered special bacteria that will produce an industrial substance that deters hair loss and can be added to regular shampoos and other hair care products.

This year, the Technion iGEM team included 12 students from the School of Biotechnology and Food Engineering, the Henry and Marilyn Taub School of Computer Science, the School of Biomedical Engineering, and the Ruth and Bruce Rappaport School of Medicine. The team recently received a special grant from Impact awarded only to a small number of teams participating in the global competition based on its projected benefits to humanity.

Every year the team chooses an innovative project in the field of synthetic biology, and this year it is about substances that inhibit hair loss caused by chemotherapy. One of the most common cancer treatments, chemotherapy causes damage to healthy, living tissue and often hair loss, among other serious side effects.

The Technion team competing at iGEM worked to demonstrate the feasibility of laboratory production of Decursin, a hair loss deterrent, and its possible incorporation into preparations including shampoo, cream and more. Decursin is a major component of Angelica Gigas Nakai (AGN) root extract. It has many beneficial properties, including the ability to suppress inflammation, suppress cancer, and prevent apoptosis, or programmed cell death, which includes hair cells.

Today, the molecule is produced from a rare seasonal flower grown in Korea in an expensive and inefficient process. The student team is engineering bacteria that will produce Decursin industrially.

The prestigious iGEM competition was founded in 2004 at the Massachusetts Institute of Technology (MIT) to provide students, primarily undergraduates, with the opportunity to experience scientific and applied research in the world of synthetic biology. Since its inception, the competition has been held in Boston. Due to the COVID-19 pandemic, it has been held online for the past two years.

This year, more than 300 teams from around the world will participate in the competition, including three Israeli teams: one from the Technion, one from Tel Aviv University and one from Ben-Gurion University of the Negev. The first Israeli iGEM team was established at the Technion in 2012 under the leadership of Professor Roee Amit, a faculty member in the Faculty of Biotechnology and Food Engineering. He guides the Technion team to this day.

Over the years, Technion teams have won multiple gold medals in the competition. But according to Prof. Amit, “Beyond participation and victory, it is important to understand that some of the Technion teams’ developments have already become applied and commercial tracks and have a real impact on the world. One of the most prominent examples is Koracell, which was founded on the basis of technology developed by our students in preparation for an iGEM competition in 2019. The group developed an innovative technology for bee-free honey production using genetic engineering. . bacterium. This technology makes it possible to precisely design the texture and flavor of honey, and it is also a platform to simulate other natural metabolic processes.” 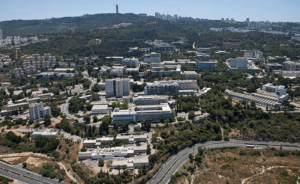 As Israel’s center for high-tech education and research, the Technion is central to the nation’s economic progress. As the leading institute of its kind in the region, the Technion’s advances can benefit all nations in the Middle East. As a world-class research university, the Technion helps advance the frontiers of science and technology to benefit people around the world.