Although we all have differences, there is something in common that has prevailed for all humanity: We are all floating on a rock, flying through outer space at over a million miles per hour.

Thanks to the rapid advancement of technology in the last century, we can observe much more of the universe than we ever thought possible.

The sheer scale and size of the universe makes it impossible to really learn everything, but that doesn’t mean we shouldn’t try.

November 9 is Carl Sagan Day! On what would have been his 88th birthday, space enthusiasts across the country celebrate Sagan’s time on Earth and the astronomical achievements he accomplished.

Known as the “people’s astronomer,” Sagan was an astronomer, cosmologist, astrobiologist, astrophysicist, science communicator, and television presenter. He is best known for his 1980 PBS series ‘Cosmos’ in which he explored the vast Universe and educated the masses about the cosmos.

‘Cosmos’ became one of the most watched PBS series of all time, and is still celebrated 4 decades later. 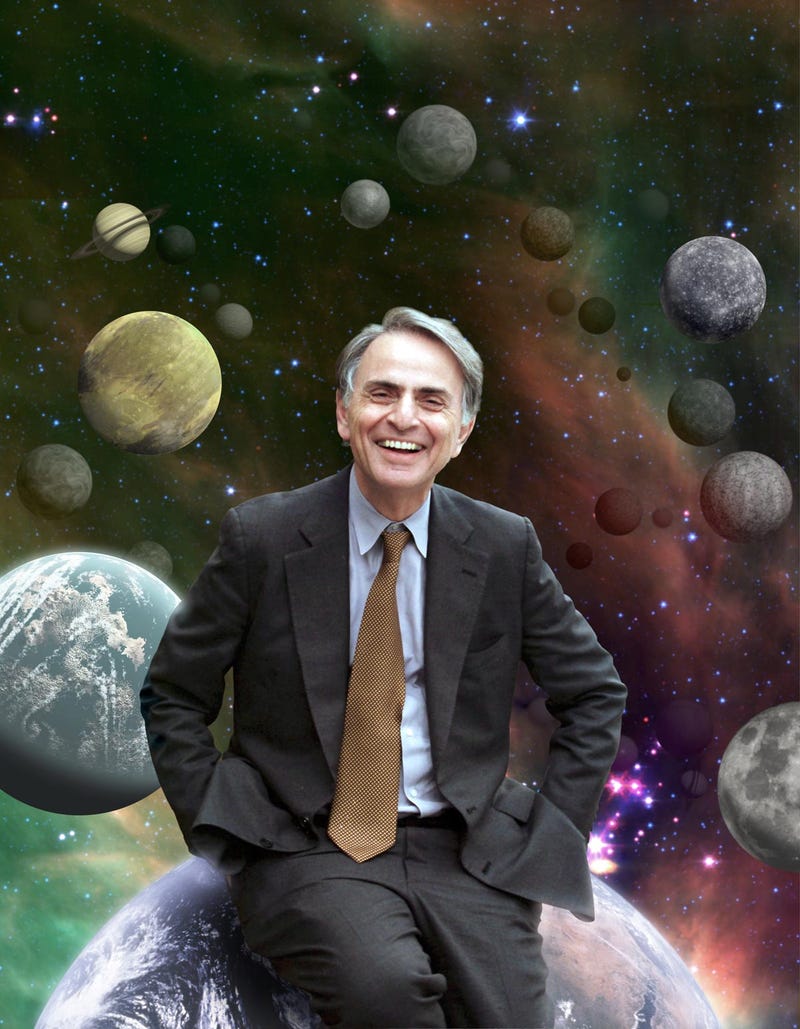 Aside from his television work, Sagan also had a notable impact on the American space program, according to NASA. Beginning in the 1950s, he worked as a consultant to NASA and even briefed astronauts on the Apollo missions before their trip to the moon.

Sagan helped orchestrate many other NASA missions, such as the Viking voyages to Mars and the Voyager 1 and 2 missions. He also helped solve several scientific mysteries such as the Martian season changes and the reddish tint of Titan.

Above all, Sagan was a visionary and constantly looked to the future with a persistent quest for knowledge and to make known the unknown. In 1996, Sagan even recorded a message for future astronauts who will one day visit Mars.

“Somewhere, something incredible is waiting to be discovered.” -Carl Sagan

In 2007, a DVD copy of that message physically arrived on Mars, attached to NASA’s Phoenix probe.

Sagan became America’s most famous scientist and astronomer. This was due in part to his vast knowledge of the subject he was teaching, but what really set him apart was his ability to explain the vast and puzzling Universe in a way that no one had before.

He was often referred to as “the scientist who made the Universe clearer for the common person.”

“He was part of the original group that came together to promote the mission to NASA and served as an interdisciplinary scientist on the mission team from the beginning. He was a great human being who shared with everyone his enthusiasm for exploring the Universe. said Dr. Torrence Johnson, a member of NASA’s Galileo mission team.

Sagan’s work with his longtime collaborator and wife Ann Druyan earned him a Pulitzer Prize in 1975. His series ‘Cosmos’ has become one of the most-watched shows in history.

Even posthumously, he was honored by the National Science Foundation in 1996 when it stated that his “research transformed planetary science… his gifts to humanity were endless.”

Carl Sagan lost his battle with myelodysplasia, a rare bone disease, in 1996. He was 62 when he died.

So each year on Sagan’s birthday, people across the country and the world celebrate his life and achievements, as our understanding of the cosmos and space exploration would not be the same without his teachings. As he himself said, Carl Sagan was truly one of a kind.

“Each of us is, in cosmic perspective, precious. If a human disagrees with you, let him live. In a hundred billion galaxies, you won’t find another.” -Carl Sagan

LISTEN in the Audacy app