PITTSBURGH—The site of a former coal-fired power plant northwest of Pittsburgh is leaking coal ash and poisoning surrounding groundwater, according to a new report.

Coal ash, the material that remains after coal is burned, contains harmful substances such as arsenic, cadmium, chromium, lead, lithium, mercury, and uranium, among others. Exposure is linked to health effects such as cancer, thyroid, liver, and kidney damage, and neurodevelopmental problems in children.

The new
report, published by environmental law advocacy groups the Environmental Integrity Project and EarthJustice, found that 91% of US coal-fired plants have ash dumps or tailings ponds that leach toxic chemicals and heavy metals into surrounding groundwater to levels that threaten streams, rivers, and drinking water. water aquifers. It also found that many coal plant owners manipulate data or incorrectly claim regulatory exemptions to avoid having to clean up pollution.

“Coal plants are illegally polluting the nation’s water and getting away with it,” said Lisa Evans, a senior attorney with Earthjustice and a co-author of the report, during a news conference. “At least 91% of them are poisoning our water with dangerous toxins and doing little or nothing to fix it. This is illegal.”

The report ranks the 10 worst polluted coal ash sites in the country. by GenOn
New Castle Generating Plant, about 46 miles northwest of Pittsburgh, ranks sixth on the list. Groundwater near the site contains arsenic levels 372 times higher than the US Environmental Protection Agency, or EPA, safety threshold, and lithium levels 54 times higher.

Arsenic exposure is linked to multiple forms of cancer, neurological deficits in children, and skin conditions. Lithium exposure is linked to kidney and neurological damage, decreased thyroid function, and birth defects. The GenOn plant is located along the Beaver River, which flows into the Ohio River, which, in turn, provides drinking water for more than five million people. 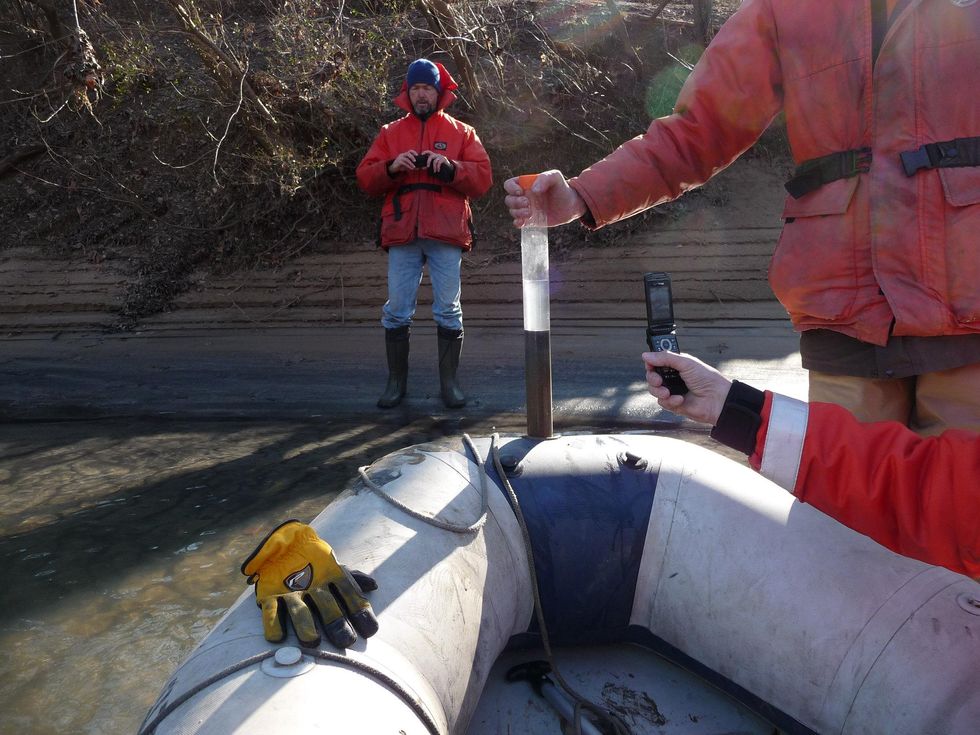 “In addition to the Ohio River being a major source of drinking water for many Americans, people in the region also love to fish, swim and boat in these waters,” Zach Barber, community organizer with environmental advocacy group PennEnvironment , who was not involved with the report, told EHN. “This contamination poses real risks that neither these companies nor our regulators are taking seriously.”

The GenOn site, which has approximately 50 acres of coal ash landfill containing about three million tons of ash, is the only place in Pennsylvania to make the report’s top 10 list. It follows coal ash dumps in Texas, Nevada, North Carolina, and Wyoming (two sites), and ranks worse than sites in Maryland, Mississippi, Utah, and Tennessee. The most polluted site in the nation is the San Miguel Power Plant south of San Antonio, Texas. The report, an update of a 2019 report on coal ash sitesit also details groundwater contamination at an additional 292 coal plants in 43 states.

“Coal ash waste is causing widespread water contamination that threatens drinking water supplies and the environment,” Lisa Evans, senior attorney for Earthjustice, said in a statement. “In every state where coal is burned, power companies are violating federal health protections.”

In 2015, in response to almost 160 cases of water contamination and several catastrophic coal ash spillsThe EPA established the first regulations governing the disposal of coal ash, collectively referred to as coal ash screed.

The rule required coal ash disposal sites to post groundwater monitoring reports on their websites. There is no federal database of these notices, so the report’s authors collected and analyzed the data to create their own. They concluded that many power companies are illegally manipulating data and monitoring to avoid cleanup requirements.

Companies are supposed to collect samples from clean bottom wells that are not near coal ash disposal sites for comparison with on-site wells. But they found that companies often chose previously contaminated sites to use as downholes, making it difficult to find evidence of coal ash contamination. Many facilities also leave large parts of a disposal area unmonitored, use inappropriate statistical methods to hide contamination patterns, and falsely attribute contamination to another source, according to the report.

“Coal plant owners are deliberately employing tricks to hide coal ash pollution,” Evans said. “People live next to these ponds. People drink the groundwater. Families use the lakes and streams next to these ponds. Leaving ash behind will make people sick and harm the water they depend on…but pennies above people has always been the norm when it comes to coal ash.”

Some plant owners, including the owners of GenOn’s former New Castle plant, say the sites were already contaminated before their arrival, so they shouldn’t be responsible for the cleanup, according to the report. The landfill at GenOn’s New Castle plant was built on top of a 120-acre, 80-year-old ash pond, and the company is only responsible for a small portion of the landfill, according to the filing.

“GenOn must apply the Rule to the landfill as a whole,” the report concludes. “This approach is not only a legal requirement, but also common sense: There is no way to restore groundwater to the site without addressing all of the coal ash known to be buried there.”

GenOn did not immediately respond to a request for comment. It’s not the only company evading responsibility: The report found that at nearly half of the plants causing pollution, the owners aren’t planning any cleanups, and most have denied responsibility. Of the facilities that have agreed that cleanup is necessary, only a few have cleanup plans and most lack clear timelines and do not meet federal standards.

How can we fix this?

Both state agencies and the EPA have authority to enforce the Coal Ash Rule. In some states, state regulatory agencies are actively working to enforce the rule, according to Evans, while other states rely on the EPA.

The Pennsylvania Department of Environmental Protection, or PA DEP, did not immediately respond to questions about its role in enforcing the coal ash rule and whether it will address the contamination at the New Castle plant (we’ll update the story if they do). ).

The report recommends a number of solutions, including increased federal oversight to prevent coal companies from improperly manipulating data and claiming exemptions, implementing enforceable cleanup programs, closing loopholes for sites that are no longer operational, requiring evidence of drinking water near coal ash dumps and ban dangerous coal ash reuse (such as using it as a soil substitute).

“The first place to start is to enforce the rules that we already have on the books,” Barber said. “But the only way to fully protect people from the health harms of coal is to leave it in the ground and switch to cleaner, renewable energy sources.”

Of the articles on your site

Related Articles on the Web