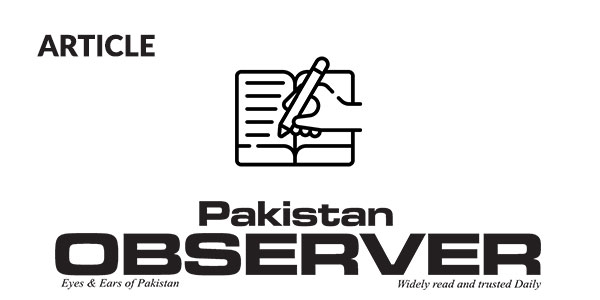 MONKEYPOX virus (MPXV) has currently spread throughout the world in the endemic areas of West and Central Africa.

The World Health Organization has declared the outbreak a public health emergency of international concern.

The virus can cause eye infection in the form of red eyes, which in some cases leads to vision loss. But our main concern is how common these complications are and when patients should contact a doctor.

Monkeypox is closely related to smallpox, but is much less deadly and contagious. This virus is not a new entity and was first identified in 1958 in monkeys and later spread to humans.

In fact, these monkeys were transported to Denmark for scientific research, but scientists believe that it has been circulating for thousands of years. Interestingly, it has now been identified in wild monkeys and many other rodents.

Infection in humans has created an alarming situation worldwide. The first case was reported in 1970 in the Republic of the Congo and in 2003 in the USA.

Infection is rapidly changing from endemic regions to non-endemic countries. So far, no case has been reported in Pakistan. Health authorities should remain aware of the monkeypox onslaught and take priority preventative measures to stop the disease.

Symptoms usually begin within 3 weeks of exposure to the virus and the illness usually lasts 2-4 weeks, but can spread to anyone through close personal contact, often skin-to-skin, through fluids body, fabrics (clothes, bedding, or towels), contact with respiratory secretions, scratched or bitten by infected animals or using the patient’s own utensils.

A pregnant woman can transmit the virus to her fetus through the placenta. Monkeypox virus has also been detected in children through direct skin-to-skin contact from a caregiver, or transmission through a needle, as well as through tattoos.

Symptoms present as a painful or itchy rash, blisters, or pimples that may appear on the face, genitals, chest, hands, or feet with flu-like symptoms such as fever and headache.

The monkeypox rash has a characteristic appearance, and shares some similarities with other infections such as herpes simplex, shingles, chicken pox with typical red eyes. Watch for any injuries around the skin of the eyes.

Avoid touching your face or rubbing your eyes, especially if you have blisters on or near your eyelids, which can increase your risk of eye infection, which has been much less common in the current outbreak.

People who have been vaccinated against smallpox or monkeypox have a relatively low risk of developing life-threatening visual problems.

According to current research, eye complications could be an infection of the cornea that could lead to vision loss, but permanent blindness is an extremely rare complication.

If the patient develops eye pain or decreased vision, contact an ophthalmologist as soon as possible.

The FDA has not approved any specific eye medications for monkeypox, but doctors may use antiviral drugs, antibiotics, or anti-inflammatory drugs.

If the patient has mild symptoms without pain or blurred vision, try common remedies like chilled artificial tears to soothe the eyes and if you have eyelid swelling, try applying cold compresses to the closed eye, avoid wearing contact lenses.

If monkeypox infection is confirmed, isolate the patient at home until the rash has completely healed and follow precautions: Avoid sharing fabrics such as bedding, towels, or clothing with others, try not to touch your face or rub your eyes, use hand sanitizer or wash your hands with soap for at least 20 seconds.

Do not share utensils, if you are caring for the patient, and be sure to wear gloves and a well-fitting mask.

Avoid intimate contacts that make up the majority of cases in the current outbreak, especially handling urine or feces.

If signs and symptoms are consistent with monkeypox, the patient should be referred for urgent evaluation and treatment for monkeypox initiated, and appropriate public health officials should be notified immediately.

Virus detection by PCR test of skin lesions (eg, vesicles, ulcers, scabs). It is the recommended method for confirming infection in affected individuals because skin lesions contain the highest concentration of virus and are most likely to be positive, such as in nasal and throat swabs, including in saliva.

However, there is currently no epidemiological data available to support exposure to breast milk, work instruments such as tweezers and scissors as sources of infection.

Based on available evidence, it is also possible that after recovery, some people shed infectious virus for a week or two while feeling well.

—Among the authors, the first is a medical student at Foundation University Medical College, Rawalpindi, while the second is a practicing ophthalmologist at Maroof Int’al Hospital, F-10, Islamabad.