Israeli scientists say they managed to reduce the incidence of breast cancer relapses in laboratory mice by 88 percent by adding a second drug to chemotherapy.

The team of academics from Tel Aviv University say that inflammation in the body in response to chemotherapy may actually nurture rogue breast cancer cells that dodge treatment. Using an inflammation blocker along with chemotherapy seems to counteract this effect, reducing the chances of the cancer coming back.

Peer-reviewed research by biologist Prof. Neta Erez and her team was recently published in Nature Communications.

The academics believe the method can be adapted for humans, although they expect further research to take 5-10 years.

Erez has spent years researching the collateral damage that chemotherapy can cause.

Hair loss is well known, but less known is the growing body of research in chemotherapy, in some cases, increasing the risk of metastatic relapse. This means the return of cancer caused by cancer cells that have moved away from the tumor and survived in other parts of the body during chemotherapy.

In the research, animals were injected with tumors that mimicked human breast cancer and, like human patients, had their tumors removed and given chemotherapy. “Among the mice that received chemotherapy alone, about 52% had extensive metastatic relapses, but among those that received inflammatory blockers, only 6% relapsed,” Erez told The Times of Israel.

“We are excited about our findings in mouse models and hope that they can be translated to develop better therapeutic strategies for patients to alleviate the adverse effects of chemotherapy and prevent metastatic relapse of breast cancer.” 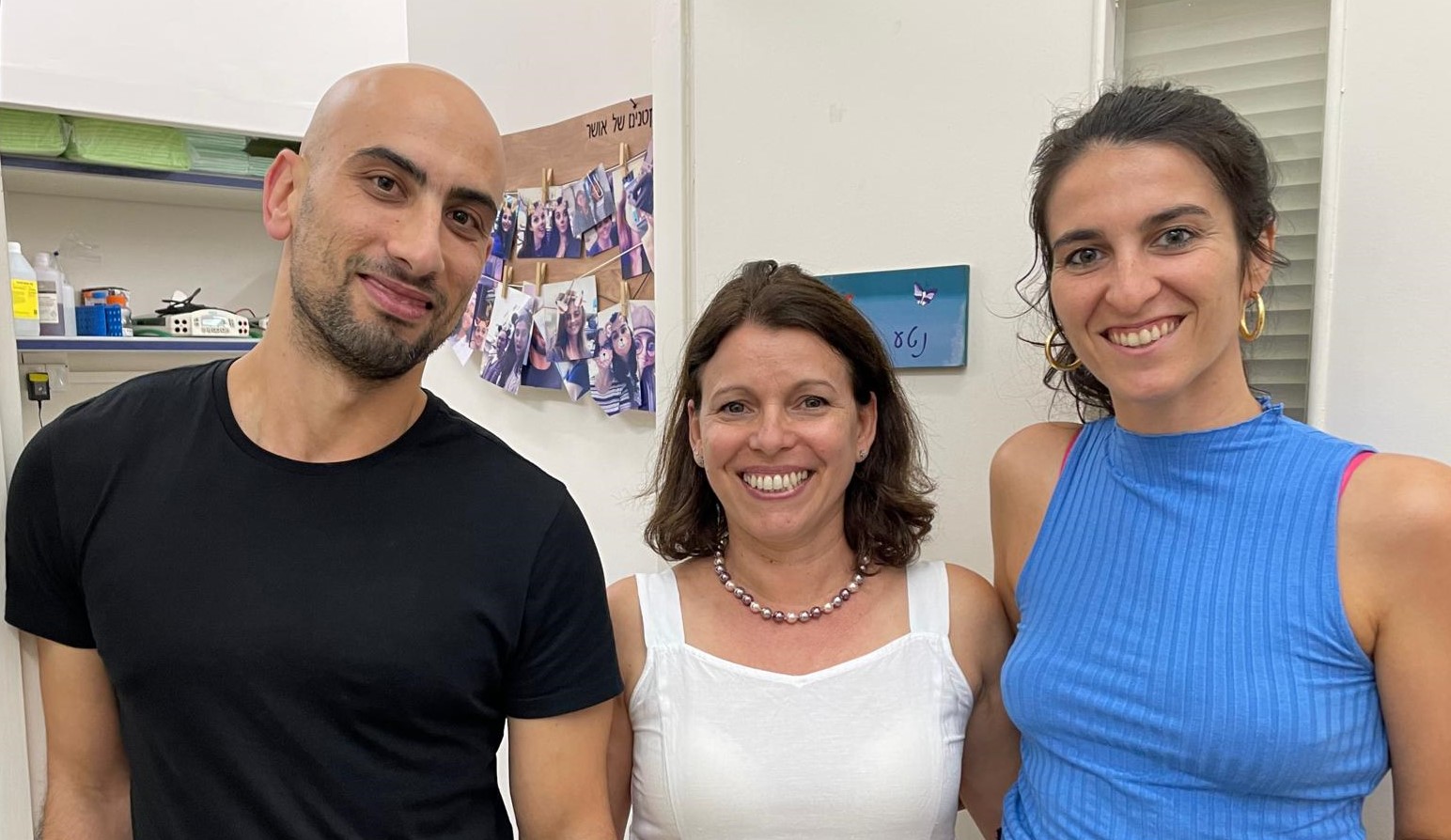 Erez explained that the research, conducted with Lea Monteran, Dr. Nour Ershaid, Yael Zait, Ye’ela Scharff and others, began as an observation of how chemotherapy can sometimes harm patients.

“Chemotherapy is used to treat many types of cancer and the good news is that it kills cancer cells, but chemotherapy can be a double-edged sword as it is not a very sophisticated weapon,” Erez said.

“This is the case because it not only kills cancer cells but also causes a lot of collateral damage. It kills even the healthy cells that are dividing, hence the hair loss.

“So while it effectively kills cancer cells, chemotherapy also has some undesirable and even harmful side effects, including damage to healthy tissue. The most dangerous of these are probably internal inflammations which, paradoxically, could help the remaining cancer cells to metastasize to distant organs. The goal of our study was to find out how this happens and try to find an effective solution.”

The team concluded from their observations that breast cancer commonly returns after cells hide in the lungs, which become more hospitable to cells as a result of chemotherapy.

“What we show is that chemotherapy-induced tissue damage causes an inflammatory response in the lungs,” Erez said. “So if small numbers of breast cancer cells remain in the lung, this inflammatory response triggered by chemotherapy causes these cells to thrive and creates a hospitable environment for cells that then cause breast cancer to relapse.” 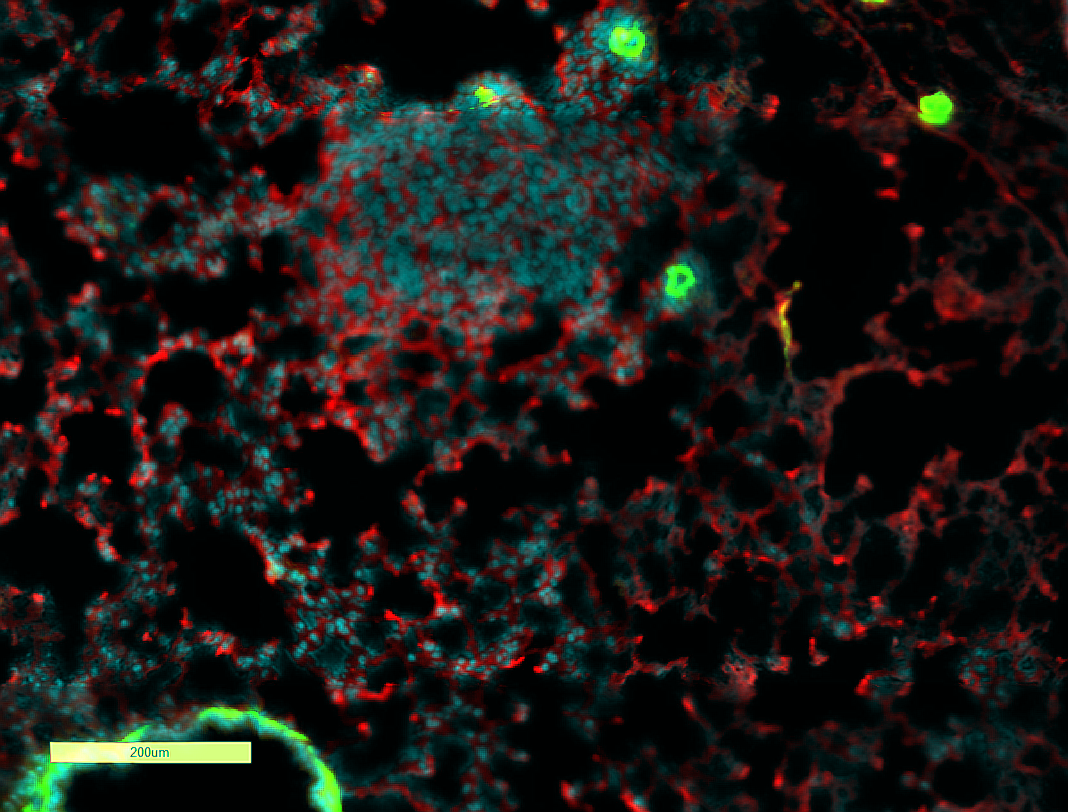 Image of a mouse in the Tel Aviv University lab behind new breast cancer research, showing cancer cells in cyan and, in red, proteins that cause inflammation, which in turn creates a hospital environment for cancer cells. (Lea Monteran)

They found that tissue damage caused by chemotherapy triggered an inflammatory response in fibroblasts, which are cells found in connective tissues. These activated fibroblasts begin to secrete proteins that cause an influx of immune cells from the bone marrow to the lungs. The immune cells, in turn, trigger an inflammatory process that creates an environment conducive to cancer cells.

After identifying the proteins secreted by the fibroblasts, the team used an existing drug known to prevent the proteins from causing inflammation, but previously not known to have value in stopping metastatic relapse.

After more research and testing, if the blockers are effective in humans, they could potentially be given to patients with doses of chemotherapy.

you are a dedicated reader

We are very happy that you have read X Israel Times Articles in the last month.

That’s why we started the Times of Israel ten years ago: to provide discerning readers like you with must-read coverage of Israel and world Jewry.

So now we have a request. Unlike other media outlets, we have not installed a paywall. But since the journalism we do is expensive, we invite readers for whom The Times of Israel has become important to help support our work by joining The Community of the Times of Israel.

For as little as $6 a month, you can help support our quality journalism while enjoying The Times of Israel. AD FREEas well as access exclusive content available only to members of the Times of Israel community.

Thank you,
David Horovitz, founding editor of The Times of Israel

Already a user? Sign in to stop watching this