This is the online version of our daily newsletter, morning victory. Subscribe to get irreverent and incisive sports stories delivered to your inbox every morning.

The Green Bay Packers are a burning dump right now and it doesn’t look like things are going to get any better anytime soon (that’s what a loss to the Lions will affect their expectations), so now there’s one thing: Matt LaFleur and company. they should bench Aaron Rodgers today, tomorrow, or at least sometime this week.

You most likely think I’m crazy for saying that, or maybe you’ve seen what I’ve seen over the last month. especially in yesterday’s mess of a gameand they’re nodding their heads while maybe letting out a wicked little laugh.

However, what you feel for Rodgers is true: he has sucked for the past month and has changed. Both on and off the field. He’s thrown a ton of interceptions (he had three in the red zone yesterday!), he’s looked like a shell of himself in times when we’ve grown accustomed to seeing him accomplish the impossible, and he often looks like I’d rather be anywhere else than on a football field.

Off the field, he has said teammates who have been making mistakes should get fewer reps and see less field during games. If that’s not one of the best projection examples, then I don’t know what is.

In the past week after the loss to the Bills he said: “Before the game, this was the first game of the season where we really felt like we were ready to go, with energy.”

Did it take until week 8 to feel like this?! In fact?!

That’s not a good thing to hear from your legendary QB, who is supposed to be the leader of your team and should be cheering the guys on every week. That’s pretty much the last thing you want to hear from your leader and it tells you everything you need to know about him at this point in the season and at this stage in his career.

Now the Packers have reached a point in their season that I like to call, “why the hell not?” They have lost five games in a row. They are 3-6. His next three games are against the Cowboys, Titans and Eagles, who are pretty good at football. His season is basically over.

So why don’t they take off the Band-Aid and throw Jordan Love to see what he can do and let Rodgers stands on the sidelines and plays with his hair. while the third-year quarterback has a chance to show the team if he can do better and if he just might be the future leader of this franchise.

What else are you really going to get from Rodgers? The writing is on the wall here: His career is down the stretch and there’s nothing wrong with pushing him further down that road. You’ve lost five in a row. Fans will understand and gamers will love it, no pun intended.

I know Rodgers got paid a ton of money in the offseason, but as we know from watching sports, money can always get you a seat in the dugout or get you fired (just look at all the unemployed college football coaches doing a lot of money for no trainer).

The Packers really have nothing to lose here. Which is not something they are used to this season.

Rogers Bank. Give Love the keys of offense. Look what you have.

Or just keep losing games and then listen to your QB tear your team apart on a radio show every week.

– Tom Brady led another last-minute comeback yesterday against the Rams and then dropped a big F-bomb at the start of his post-game press conference.

– Josh Allen’s dive into the end zone yesterday turned into a hilarious meme.

– Here are my NFL week 9 awards, starting with the Jets kicker wiped out and having a miserable kickoff.

–Kate Upton and Justin Verlander had a lot of fun celebrating the Astros win in the World Series. 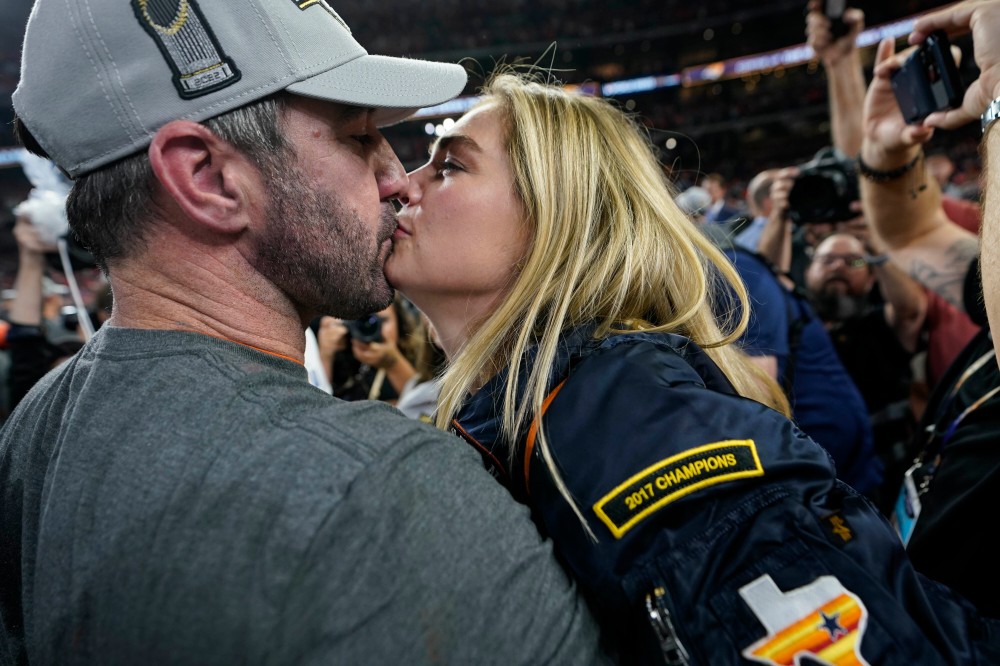