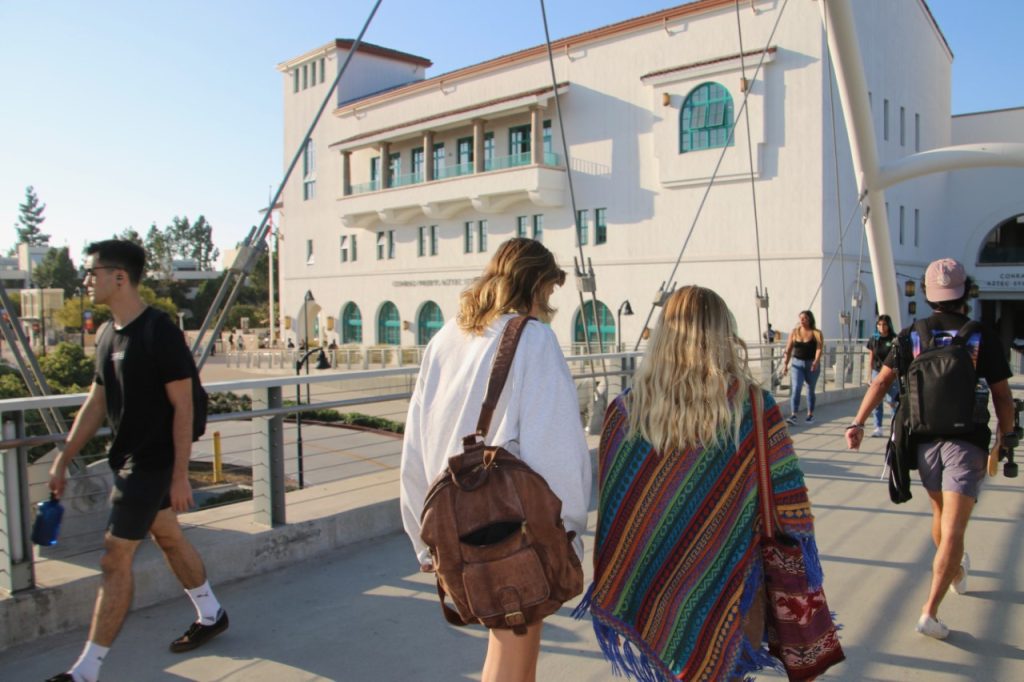 With winter not even officially here yet, how bad could a flu season be when all is said and done?

“Student health is always a priority,” said Michelle Irwin, principal of the school. “If students don’t feel good, they won’t be able to do well in school. If students have a fever, aches, pains, cough, or runny nose, they should stay home.”

The school excuses students’ absence due to illness, encouraging those who are sick to protect others by staying home.

Susan Barndollar, executive director of nursing and wellness for the San Diego Unified School District, added that students must have a negative COVID test, be fever-free for 24 hours and improve symptoms before returning to the classroom. Students can then work with their teachers to catch up on material they missed.

The outbreak occurs during an early start to the flu season, which typically lasts from October to May.

San Diego County has reported just over 2,500 flu cases to date and one death, which was on October 15. At this time last year, the county had only reported 232 cases and there were no deaths.

“Although any individual season is impossible to predict, in general, when we have cases this early in the season, it means that flu activity is likely to remain and be more severe,” said Katie Cadiao, San Francisco County Communications Specialist. Diego.

While most people with the flu will recover on their own, it has a greater impact on children, the elderly, and those who are immunocompromised. People with the flu should watch for shortness of breath, chest pain, dizziness, or fainting. Cadiao said these symptoms indicate a more serious case that requires medical attention.

The symptoms of influenza are often difficult to differentiate from those of COVID-19, of which the country reported some 1,500 cases in the last week of October.

“The easiest way to distinguish the flu from COVID is to get a COVID test,” Cadiao said. “In addition to the many low-cost home tests available, the County still operates several COVID testing sites.”

The school district also recommended that parents test their children for COVID when they are sick to rule out the disease.

“We recommend a COVID test every day, the symptoms are not improving,” Barndollar said. “Sometimes the tests are not positive until day two or three (of being sick).”

Students and staff can protect themselves from both illnesses by practicing healthy habits.

Above all, the university said that the best way to prevent the flu is to get vaccinated.

To help students do this, SDSU hosted pop-up immunization clinics throughout October. The campaign, “Say Goodbye to the Flu,” offered students the opportunity to get a free flu shot and enter to win prizes for doing so.

Several students said they liked the convenience of the clinics, since getting vaccinated was the main way they planned to stay healthy during flu season.

“I think the pop-up clinics were very effective,” said student Flavio Signoretti. “I was able to get a flu shot there in less than 10 minutes.”

SDSU student Maitland Klingberg noted: “ME I was sick at the beginning of the flu season. My throat ached and during the night I broke out with a fever. The next day I could barely get out of bed to go to the bathroom or even get food. This is a shared experience among SDSU students. I know a lot of people who got sick or had cold/flu symptoms.”

While the students interviewed said they planned to get a flu shot to stay healthy, Klingberg added, “When it’s flu season, I try to prioritize getting a good night’s rest. I find that if I stay up too late, either doing school work or talking on the phone, I get sick. Another way I will protect myself is by getting my annual flu shot.”

Additional information on influenza, including the number of reported cases, can be found on the San Diego County website. website.

Editor’s note: This article was written by Natali González, a graduate student in rhetoric and writing at San Diego State University. See more of her work at: thedailyaztec.com/staff_name/natali-gonzalez/.