A mother-of-two who started her career making £4-an-hour crimping pies has revealed how she amassed £17,000 within hours of launching her ‘miracle’ hair loss shampoo.

Aimee Kidd, 40, worked part-time in a Cornish patisserie near her home in Penzance to pursue her law degree at King’s College London from 2002 to 2005.

In 2006, the newly qualified lawyer moved to Sydney for work, where she met her 43-year-old husband, salon owner Patrick.

Although she originally moved around the world for her job as business development manager for Australian brand Maddocks, Aimee always dreamed of starting her own business one day.

Seeing that Patrick’s salon was going from strength to strength, the mother came up with the idea of ​​starting their own hair care line that they could sell to their existing customers. 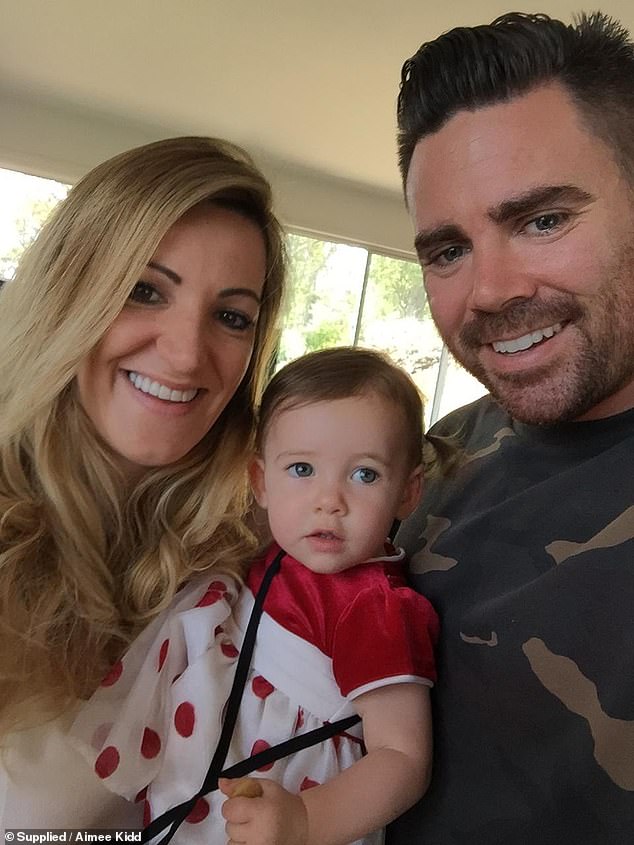 Aimee Kidd, 40, and her husband Patrick, 43, share two children. The couple, pictured in 2020 with her daughter, met after Aimee moved from the UK to Australia in 2006. 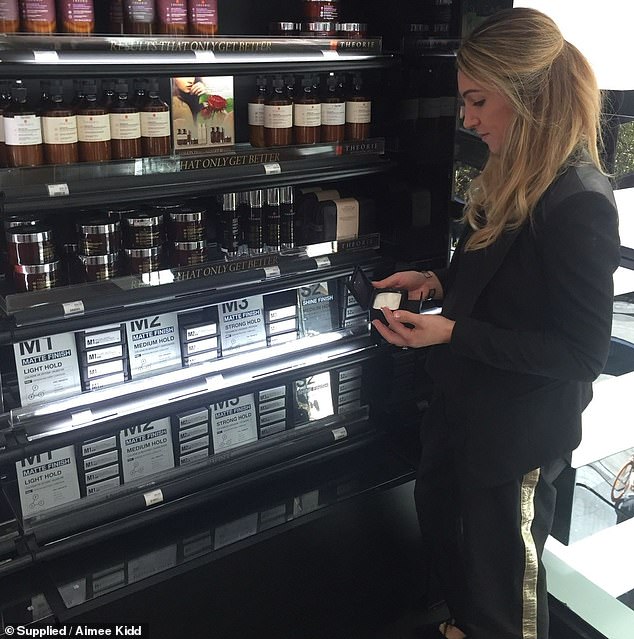 Aimee, who grew up in Penzance, revealed that it took the couple seven years to develop their first shampoo. In the photo viewing their products in a store in Australia 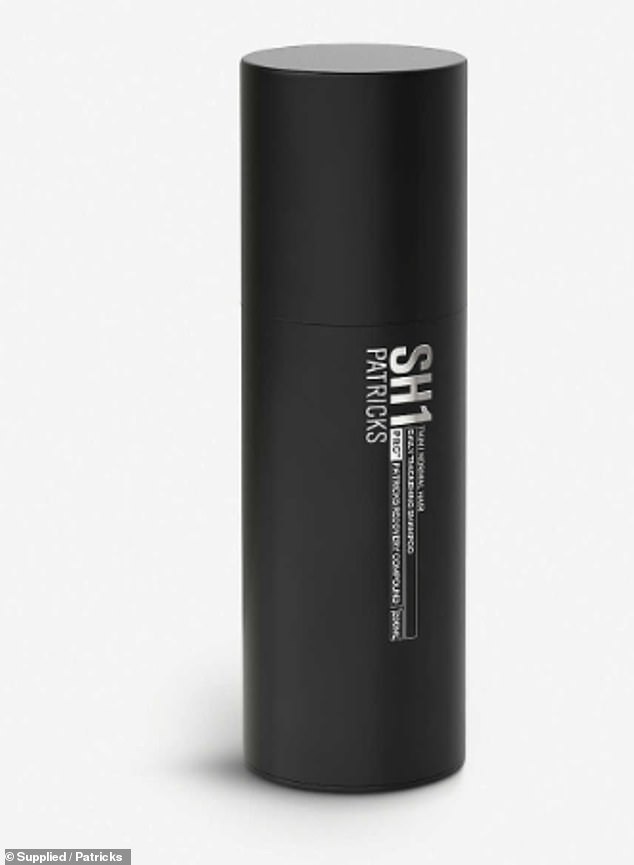 For starters, Aimee gave her chemist an “open budget” to create a strengthening shampoo that treats thinning hair while the couple focused on creating the luxury packaging.

She explained: ‘It took us seven years to develop and launch our first product, because we were obsessed with every detail, consciously combining performance, design and sustainability.

“We even made a recording of the lid snapping shut to perfect the sound, the same way Audi makers do with their car doors!”

The first product the couple launched was their £28 SH1 Daily Thickening Shampoo, which is now available at Selfridges and Harrods. 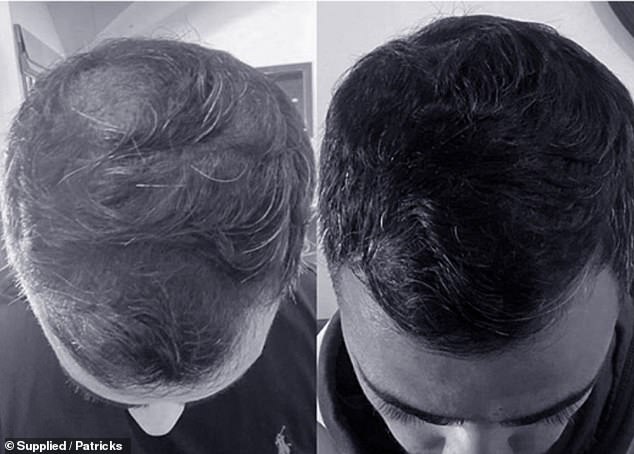 Before & After: Impressed customer shares what her hair looked like before trying the shampoo and three months after using it daily. The product contains Capixyl, a biomimetic peptide combined with red clover extract, which has been clinically proven to strengthen hair. 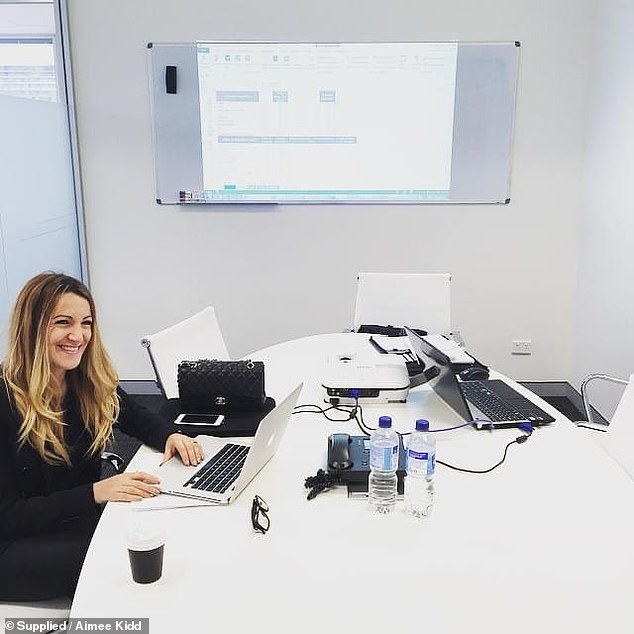 Aimee, pictured at the company’s Sydney headquarters, recalled giving the chemist who created the shampoo an “open budget”.

Aimee continued: “In 2021 we won the Esquire Award for Best Thickening Shampoo with SH1. We were over the moon.

Realizing that they needed to continue developing products to keep up with the beauty industry, the couple set out to create a follow-up to their successful shampoo that specifically targets hair loss.

The mother added: “The day after the awards, the first thing we did was call our lab to tell them that we wanted to make an even better shampoo, money is not an issue.”

Earlier this year, the pair launched their SH Plus Ultra Thickening Shampoo, which costs £52 for a 200ml bottle. 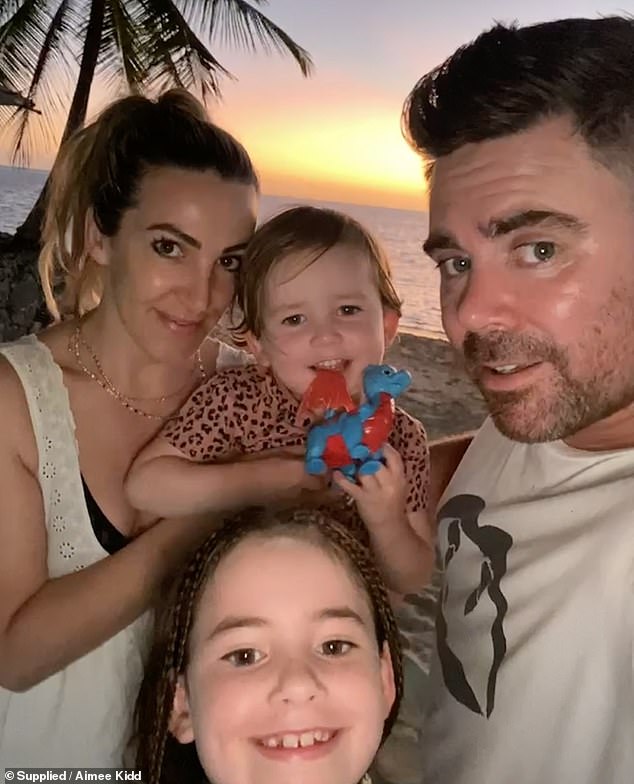 The couple, pictured with their two children on vacation, have just launched their second shampoo, which they claim sold more than 325 in just a few hours.

Commenting on the high price, Aimee added: ‘SH1 is still the best (reasonably priced) anti-hair loss shampoo on the market. [Our Plus shampoo] is what you get when you put SH1 on steroids!’

Both products contain Capixyl, a biomimetic peptide combined with red clover extract, which has been clinically shown to strengthen hair.

However, its new product, which costs almost double the price of its original shampoo, contains eight additional active ingredients.

“Innovation is our passion,” added Aimee. “And the Plus range is our most impressive passion project yet.”

Having already launched at Selfridges, Harrods and Mr Porter in the UK, Aimee has also broken into international markets in recent months, signing deals with US companies including Bergdorf Goodman, Bloomingdales, Nordstrom and Saks.

The mother also landed a lucrative deal with Warner Bros. and DC Comics to develop a £137 bespoke capsule skincare collection for Wayne Enterprises, which shares the name of Bruce Wayne’s fictional company.