the Center for Functional Medicine of Toronto offers IV Chromium Therapy in Toronto. The center, which focuses on integrative medicine and functional care, has published a blog post that discusses the benefits of chromium, who it’s ideal for, and how the supplement can be administered as part of intravenous therapy.

Chromium is a trace element, which means that it is found in low concentrations in nature. This micronutrient can help you fight a variety of health problems including diabetes, blood pressure, and cognitive decline. 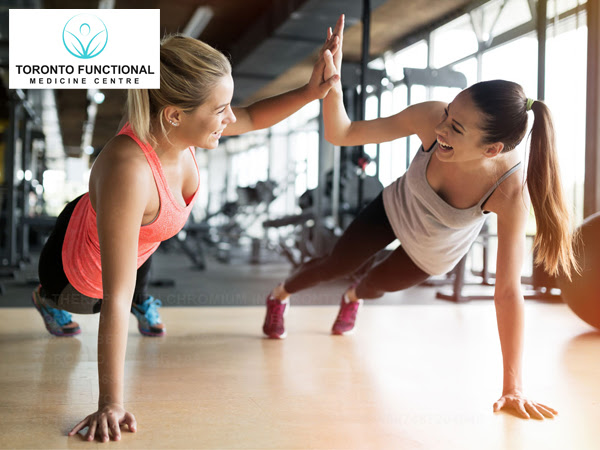 It has been proposed that chromium binds to an oligopeptide to form chromomodulin, a low molecular weight chromium-binding substance that binds to and activates the insulin receptor to promote insulin action. This may give chromium the ability to play a role in carbohydrate and lipid metabolism, possibly linking it to nutrient absorption, longevity, control of cardiovascular disease, and balancing glucose and energy levels. Chromium may also protect the body from DNA damage, which could help prevent or delay chronic disease.

Since chromium is found in trace amounts in foods such as turkey, cereals, lettuce, and apples, chromium deficiencies are not widely reported. However, some patients are known to develop chromium deficiencies, including pregnant women, the elderly, people who regularly undergo intense physical performance or exercise, and those who consume excessive amounts of processed, sugar-laden foods .

Since chromium can regulate fat and cholesterol metabolism, it could help patients who need help managing their cholesterol levels. A study published in the Western Journal of Medicine found that adults who took the chromium supplement experienced reduced levels of LDL cholesterol.

The Toronto Center for Functional Medicine also encourages the use of chromium and other supplements in the prevention and management of type II diabetes, as several studies have verified beneficial results. The blog post cites a study published in the journal “Diabetes” which says: “…chromium supplementation had significant beneficial effects on HbA1c, glucose, insulin, and cholesterol variables in subjects with type 2 diabetes. Beneficial effects…in people with diabetes were seen at levels above the upper limit of the Dietary Intake Daily Estimated Safe and Adequate”.

Since chromium can stimulate an improvement in glucose levels, the Toronto Center for Functional Medicine says it could promote anti-aging effects by supporting brain function related to age-related diseases. The blog post cites a study from the journal “Medical Hypotheses” which says: “…promoting brain insulin activity with chromium picolinate may help maintain the hypothalamus in a functionally more youthful state…. Since both the pineal and thymus glands depend on insulin activity, chromium may also aid in their function.”

Chromium’s role in regulating blood sugar levels may contribute to its ability to alleviate hormonally triggered acne breakouts. Athletes may opt for chromium supplements to avoid a mineral deficiency. According to an article published in “Sports Medicine”, “…athletes who restrict calories to maintain low body weight could compromise their chromium status. Some evidence also shows that exercise can increase urinary chromium loss.”

Readers can also refer to a recent press release in which the Toronto-based functional medicine clinic discussed the benefits of IV therapy with NAC. Contact the clinic by phone at (416) 968-6961or by email to [email protected].

For more information about the Toronto Center for Functional Medicine, contact the company here: