On the horizon, needle-free vaccines could offer better protection and access

Everyone is tired of being poked, but today, that’s the predominant option for vaccination. In the near future, however, the aching stab and muscle pain that persists for days will be eliminated with needle-free vaccines that, at least in some cases, provide more robust protection.

They could also eliminate the need for temperature-controlled storage and some of the accompanying medical infrastructure, helping to reduce costs. These combined attributes make it easy to vaccinate populations in the developing world and to vaccinate children and adults who fear needles or are just tired of getting shots.

“Improving the delivery system is another way to increase the effectiveness of the vaccine,” said Chris Cappello, president and CEO of PharmaJet in an interview with biospace. 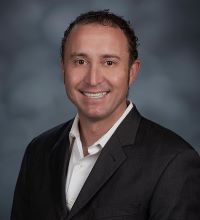 PharmaJet’s jet injection system is ready. “We push the vaccine or the drug, which is a fluid, through a small opening that controls the flow of the vaccine (by constricting it into) a thin column the size of one or two human hairs,” Capello said. “It penetrates the body in about a tenth of a second.”

Importantly, the system can be adapted to deliver the vaccine or drug to the skin or muscle.

“We’re finding that the skin is one of the best places to elicit immune responses,” Capello said. Intradermal injections, for example, may use a fifth of the DNA dose used by intramuscular injection, but elicit higher humoral and cellular responses.

This delivery method can be used for nucleic acid-based vaccines, where “we’re seeing stronger T-cell and antibody responses,” he said, in addition to more traditional formulations. Although the exact responses vary by vaccine, “at a minimum, we’re showing non-inferiority, and in other cases, we’re seeing two-fold or three-fold improvements in effectiveness.”

PharmaJet has more than 60 clinical and pharmaceutical partners and 80 ongoing clinical studies. The company just received a $1.5 million grant from USAID to test needle-free injection for polio vaccines. It is also working with the World Health Organization for intradermal delivery of a polio vaccine and the US Defense Threat Reduction Agency to deliver a DNA vaccine against Venezuelan equine encephalitis.

“The technology is commercialized,” he said. Now, “We are focusing on areas where we can enable greater access to life-enhancing pharmaceuticals. There is a shift towards intradermal administration and we want to be the world leader in that.”

Edible vaccines are one of many options under development and one of the most challenging due to the risk of degradation in the gut. Corn, rice, bananas, tomatoes, potatoes, lettuce, soybeans, and even wheat have been considered by various research groups. Regulatory approval, however, remains elusive.

Lumen Bioscience is engineering Spirulina, a blue-green algae considered a superfood, to produce therapeutic proteins as an oral booster after primary vaccination by other means. 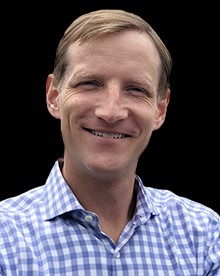 “The recent paper in Nature Vaccines NPC reflects success with an intranasal preparation and oral boost,” said Brian Finrow, JD, CEO and co-founder of Lumen. However, as an initial vaccine, intranasal administration is more effective.

The research was conducted in collaboration with the University of Washington.

“Most of them are passive vaccines, where you make the antibodies and fill the GI tract with them for a disease like C. difficile, rather than active vaccines like our malaria program,” Finrow said.

The company’s malaria vaccine recently achieved long-lasting, sterile immunity in mice, and the NIH just funded the second phase of the program, taking it to nonhuman primates.

One benefit of using spirulina is its ease of production and breadth of applicability. Spirulina can be engineered to deliver protein biologics, including hormones, antibodies, or cytokines, and can be produced by fermentation in sterile vats. Going from vat to finished product is mostly a matter of drying the spirulina biomass, performing a clarifying lysate to remove cellular debris, and then converting it to a dry powder.

“We can make huge quantities of just about any kind of biological molecule or therapeutic protein that we’re interested in making,” Finrow added. “We want to take advantage of both the (antibody or protein) that is widely available not only in the rich world, but in the widely distributed areas of sub-Saharan Africa, Southeast Asia, etc.”

Although Lumen began its program with an edible vaccine, “the best option is to make an inhalable upper respiratory vaccine to elicit a mucosal immune response,” Roberts continued.

With this approach, Lumen’s recombinant protein vaccine for malaria elicits not only a strong mucosal response, but “the systemic immune response is as strong as the immune response you get from injecting the malaria parasite itself.” . Whether that is true for all vaccines remains to be seen.

“AOM is predominantly caused by strep pneumonia,” said Joseph Hernandez, president and chief executive officer. “That causes morbidity and, in the long term, resistance to antibiotics.”

Early work on an AOM vaccine was done by researchers at St. Jude Children’s Hospital and later licensed by Blue Water.

Needle-free administration is important, Hernandez said, because “kids get vaccinated a lot, so introducing another vaccine that has a needle component isn’t exactly appealing. The other aspect is biological.

“We first found strep pneumonia in the nasal cavity. So mucosal immunity is very important because that immunity is different from cell-mediated immunity, which is what happens after an intramuscular injection.”

Biologically, therefore, it makes sense to administer a vaccine against respiratory diseases intranasally, where the virus is first encountered.

So far, Blue Water has done animal studies with mice and chinchillas (which behave very similarly to humans with middle ear infections).

“The data consistently and predictably show that we can mount a mucosal immune response to bacteria and, furthermore, that it inhibits the ability of these bacteria to colonize the middle ear. More importantly, it reduces the cause of mid-early infections in these animal models. Now we have to test that in humans.”

Blue Water recently published data on pneumonia infections in the lung, showing the ability of its vaccine to prevent bacteria from polymerizing there.

“We saw some great signs,” Hernandez said. A clinical trial looking at middle ear infections in the pediatric population and pulmonary pneumonia for a broader pediatric and adult population is being planned for 2023.

The vaccine is currently delivered as a liquid aerosol, although Blue Water is considering ways to preserve it longer, possibly through freeze-drying.

These are just a few of the companies advancing needle-free vaccine delivery systems. Routine use, however, remains on the near horizon. For this season’s flu and COVID-19 boosters, most of us can still wait for a shot.