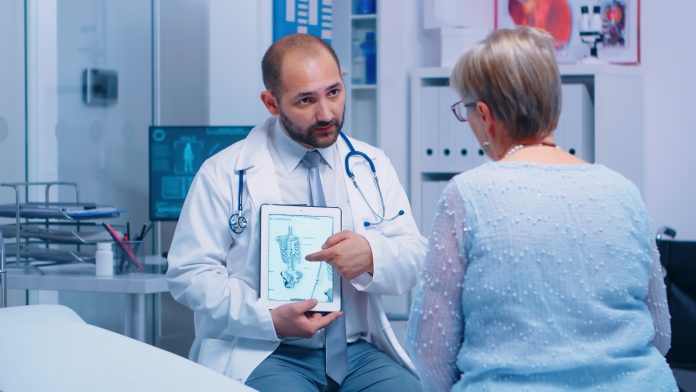 Pascale V Guillot, Associate Professor at University College London, investigates the possibility of an exosome therapy for those suffering from brittle bone disease

Brittle bone disease, also called osteogenesis imperfecta, is manifested by a brittle skeleton that breaks easily. Although the severity of this congenital condition ranges from mild to severe, some babies do not survive the neonatal period. Brittle bone disease is also manifested by skeletal malformation and people with the disease are affected for life as there is no current treatment.

The disease develops due to genetic modifications in DNA codes for type I collagen, which is the main component of bones. As a result, the bone extracellular matrix is ​​very weak. Healthy bones are constantly being remodeled, new bone is being formed and old bone is being broken down. This fragile balance ensures that the skeleton remains strong and healthy.

This is particularly important because, in addition to supporting the body and protecting internal organs, bones also serve as a reservoir of important factors that are released on demand. When the balance between bone formation and bone degradation is altered, more bone is degraded than is formed and this process contributes to weakening the skeleton. This can happen for a variety of reasons, such as malnutrition, inactivity, or changes in hormone levels. In the case of brittle Bone Disease, this happens due to an error in the DNA.

As a result, people with brittle bone disease do not form much bone matrix, and the bone matrix formed contains a defective type I collagen molecule, which often causes bones to become brittle.

However, the number of donor cells was still too low to explain the observed two-thirds reduction in the rate of long bone fractures. Furthermore, despite using donor cells specialized in bone-forming cells once they reached the bones, it remained difficult to show that they contributed significantly to increasing the amount of bone formed. In contrast, mesenchymal stem cell transplantation contributed to improving the health of the bone extracellular matrix.

Despite the promising results, mesenchymal stem cell therapy is based on the injection of living cells from a donor with different genetic landscapes.

How do stem cells work?

The ability of mesenchymal stem cells to stimulate the repair of diseased tissue without directly contributing to tissue formation is called the paracrine effect. But how are these effects mediated?

Exosomes instead of mesenchymal stem cells?

Exosomes are small sacs released from cells that allow cells to communicate with each other. Their size is around 30-150 nm in diameter and they are released into the extracellular space. They contain important factors such as proteins, mRNA, RNA and DNA, which intervene in the modulation of the behavior of the cells that integrate them (also called target cells). Exosomes are of particular interest in the field of regenerative medicine because there is some experimental evidence of their ability to mediate the paracrine effects of mesenchymal stem cells. It has long been hypothesized that stem cells could regenerate tissues through direct differentiation (or specialization) into a specific cell type and replace damaged cells with new ones.

However, evidence suggests that stem cells mediate their repair capacity indirectly, instead, by influencing the behavior of target cells in their environment, thereby stimulating endogenous tissue repair capacity. The cargo of exosomes released by mesenchymal stem cells can enter target cells to alter the function of their genes or to provide proteins that will alter specific pathways.

As mesenchymal stem cells release exosomes into the extracellular space, they can be isolated from cell culture media and stored in freezers for a long time without losing their characteristics and potential to influence target cells. It is also possible to modify the cargo of exosomes to incorporate additional proteins or drugs to be delivered to target cells.

Exosomes for the treatment of brittle bone disease

Exosome therapy has several advantageous features compared to live cell therapy. Exosomes are not alive and, although they have the ability to migrate to a variety of target cells, they do not engraft on target tissues and do not contribute to tissue formation. In addition, it is possible to design exosomes to target specific cell types and modify their cargo to deliver proteins of interest.

Therefore, mesenchymal stem cell-derived exosomes are not viewed as an innovative approach to counteract bone fragility and improve skeletal health. This principle can also be applied to other pathologies characterized by bone fragility such as osteoporosis. Finally, exosomes can be easily injected through the bloodstream. Taken together, exosome therapy can deliver regenerative factors directly to bones to improve long-term skeletal health.

*Note: This is a business profile

from the publisher Recommended Articles